Lewis Champion Chambers in His Own Hand

Scroll through a sampling of letters written by Lewis Chambers during his time in Dresden and London, Canada West, 1859-1861. Transcriptions are provided by students in HIST2301E.

Of particular importance to our project is the document,  “Presentation and Address of the B.M.E. Church Sabbath School London, To the Rev. Lewis C. Chambers”

This letter provided us with important and hitherto unknown evidence about Lewis Chambers, and the members of his London congregation at the British Methodist Episcopal Church in April of 1861. Using the list of names found here, we began our search through census records.  The digital copies of these letters are reproduced with the kind permission of the Amistad Research Center, which holds the originals in the records of the American Missionary Association. 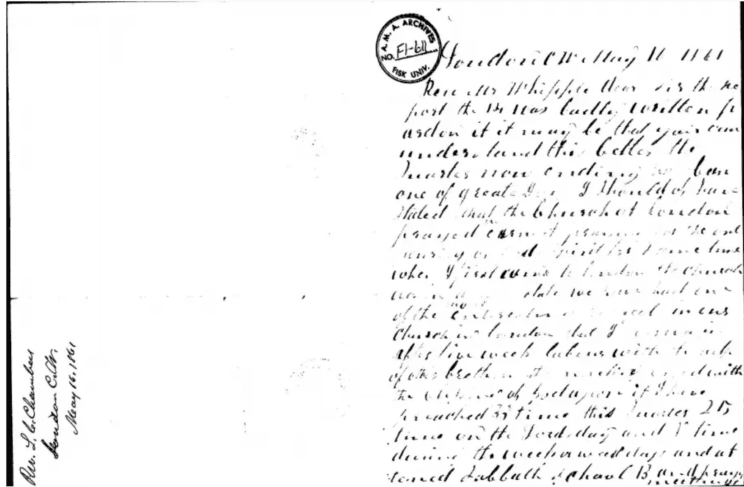