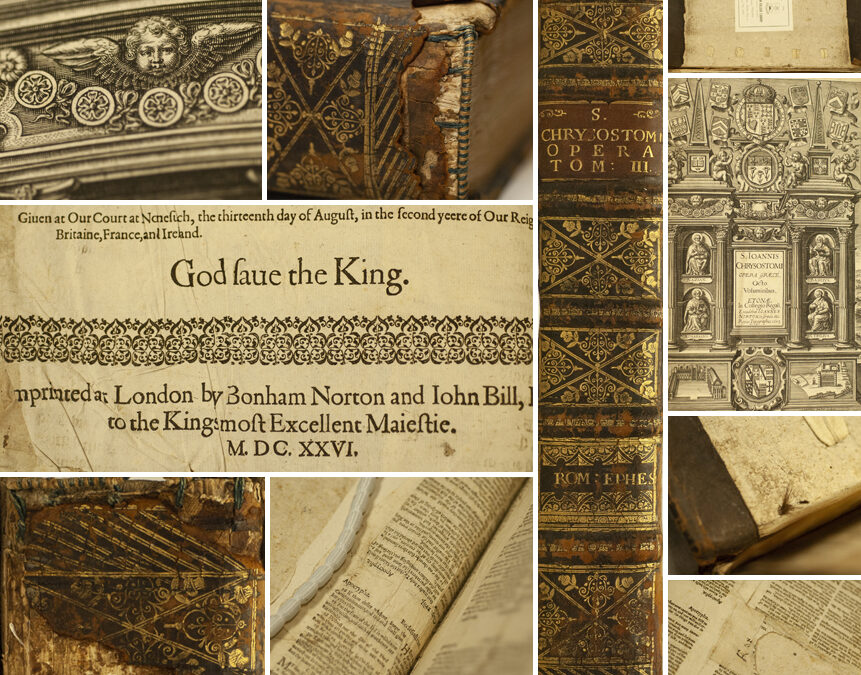 Throughout the sixteenth and seventeenth centuries, printing in England was conducted largely in three centres: London, Oxford and Cambridge. One rare exception comes at Eton, where in 1610, a press was set up by the London stationer, Melchisidec Bradwood. 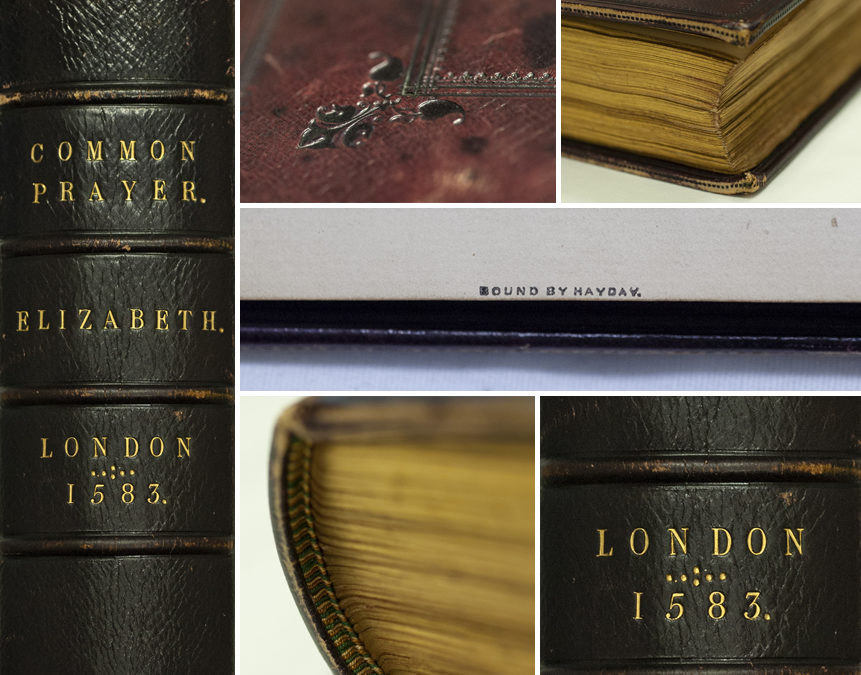 The Book of Common Prayer (BCP for short) and the Metrical Psalms were two of the most popular of early English books, seeing hundreds of editions printed throughout the sixteenth and seventeenth centuries. Shown above is Huron’s copy of the two works bound as one. The Whole Booke of Psalmes collected into Englishe Metre has the year 1583 at the bottom of the title page, but The Booke of Common Prayer has no date on its title page. This is not uncommon in books of this period, but it can prove challenging for dating them…