Our research project challenged the idea of uncritical commemoration, seeking instead to use a community-university partnership to place historical research in contemporary context. A key component of the project is bridging work, in which Christ Church Chatham will lead the way toward situating its history and memory in the web of historical connection between 19th-century abolitionist communities and the civil rights era in 20th-century Chatham. It is a critical question for the wider Chatham community, which saw de facto segregation through the 1950s. In this small 20th-century Ontario city with a deep abolitionist past, did Black Lives Matter? By posing these questions on the civil rights period and its legacy using the living library event, the project opened conversation in community, working on the premise that everyone is a living “book” with a story to tell.

Following the Human Library event in June, project Research Fellows conducted interviews with community and church members. This work, along with archival research, revealed two separate strands of memory–one in which segregation was regarded as a problem that happened elsewhere, and the other in which anti-black racism was sharply remembered as the underlying condition that characterized Chatham’s 20th-century past.

A video documentary for the project examines divergent memory and places Christ Church in the broader context of the Anglican Church in Canada during the civil rights movement. 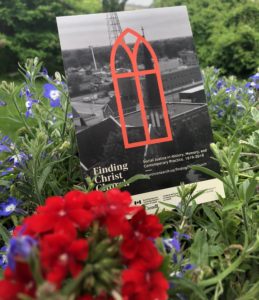