A story of Architecture, Ambitious Planning, and Community

After nearly a decade of fundraising throughout the Huron Diocese, Huron College moved to its present location in 1951 in a completely new and expanded building. More students could be accommodated in residence, enrollment was at a record high, and the College was equipped with brand-new facilities. At the time of the relocation, Huron specialized in providing a theological education while offering a comparatively small liberal arts program; within six years of the relocation, women were enrolled at the college and the Faculty of Arts and Social Sciences (FASS) was established, with a majority of FASS students.

This website details Huron College’s relocation from its original location, Rough Park, to its current one on Western Road. I have organized this story into three parts: before, during, and after the new (current) Huron College campus was completed in 1951. 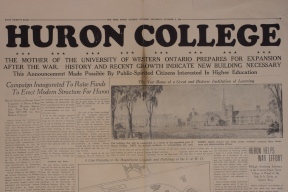 The Before Relocation page details the motivations to build a new campus and the extensive fundraising campaign to build it. 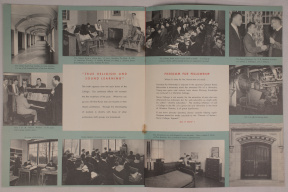 The During Relocation page explores the excitement of relocating and attempts to show the student reaction to the campus through student scrapbooks and other images. 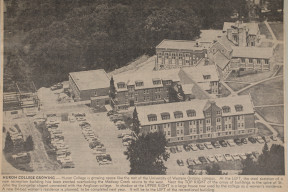 The After Relocation page investigates the aftermath of relocation: What happens next? Were there plans for after relocation, for the future of the College? 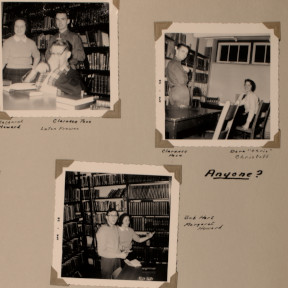 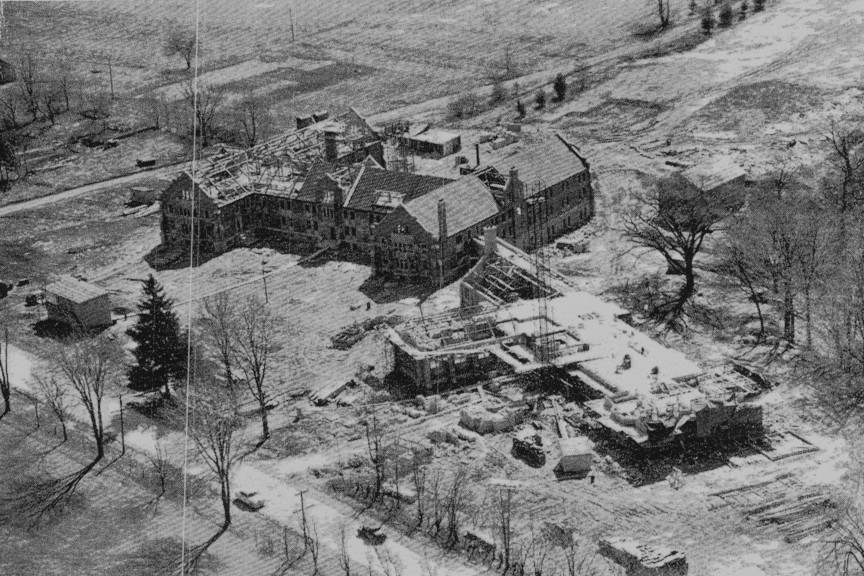 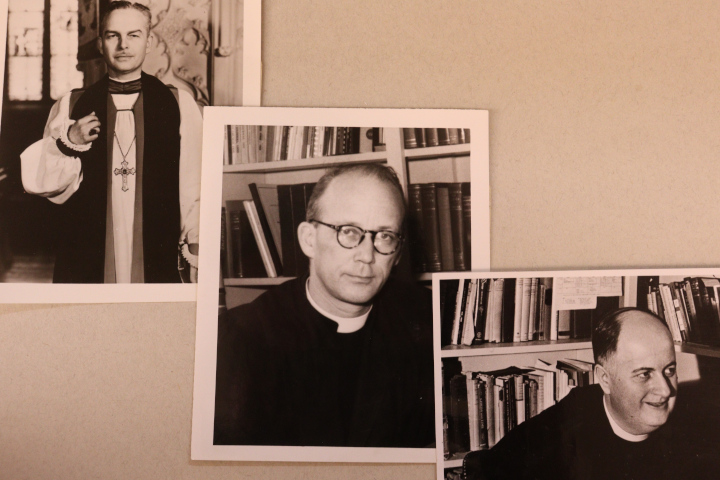 Before You Dive In…

Most of what I have done is to dig up old, yellowed documents that have not been read for some time. My hope is that this website builds a thought-provoking foray into the events surrounding the relocation of Huron College. The College moved from its original property at Rough Park to its current campus location on Western Road in 1951 after over a decade of planning to move. I want you to scroll through these webpages and sit back afterwards, saying to yourself, “hmm”. In these pages, I have tried to bring to light some facts about the relocation that I found to be interesting. Especially to wonder about the facts that were not committed to the meeting minutes, the photos that were never taken, and the memories that were never scrapbooked.

Such as the fact that Huron College held plans to relocate for almost twenty years—from when they acquired the property on Western Road in the early 1930s to when they turned the first sod and laid the cornerstone in the new building, both in 1949. There were architectural plans made by John M. Moore—rejected— and by his son, O. Roy Moore—those were accepted. Or when the price of steel doubled: a shortage of domestically available steel from the demand of World War 2 caused the cost of building a new campus to double—from $617,000 in 1945 to $1,353,000 in 1951 (“Building Fund, 1953). I find it impressive that the Huron Executive Council had the courage to go ahead with the relocation, not to mention that they found double the funds they expected to need in five years. They found those funds through donations throughout the city of London and Anglican Dioceses, the same way they found the previous $600,000. Huron’s Executive Council fundraised almost the entirety of the relocation costs through private donations and the tireless work of Anglican ministers, O’Neil included.

O’Neil, and later Principal W.D. Coleman (no relation to myself), worked tirelessly to realize their vision for the future of Huron College, but they were not unlike other universities of the period. I wrote a literature review about University expansions and architecture in the 1950s and 1960s indicated that there were widespread university expansions due to many global trends: a surge in population from the baby boom, an increased prevalence and accessibility of post-secondary education in society, technological advancements that prioritized STEM fields, and changes in global governance with the United nations, NATO, and Cold War diplomacy.

From archival research, I learned that Huron’s individual motivations to expand as part of the larger global trends in post-secondary education were centered around increasing enrollment while maintaining Huron’s focused role in providing a liberal arts education with a Christian perspective. Throughout this project, it has been interesting to develop a better understanding of the processes in which Huron College adapted to contemporary needs during a time of global change in Universities while maintaining their tradition and purpose. It has been interesting and strikingly relatable how students and faculty experienced and adapted to the evolving Huron College of the 1950s as a community.

I have made this website with the mentality that everything I have written in the past year for this much extended project is fair game. I have included altered and/or unaltered segments of my literature review, short story, CURL Instagram Presentation and interview transcripts—from interviews with Huron alumni of the 1950s-1960s.  All photos are of documents from the V.P. Cronyn Memorial Archives, housed below the chapel at Huron College. Where indicated, I have used quotes from archived documents. Unless otherwise noted, all quoted or referenced material was viewed, photographed, and is currently housed in the V.P. Cronyn Memorial Archives.

I encourage you to navigate this website page-by-page, moving chronologically through the relocation process. Page 2 focuses on the thinking and planning of relocating, generally in the 1930s and 1940s; page 3 details the relocation process in the late 1940s and early 1950s, as well as reactions to the new campus; page 4 explores the aftermath of the relocation, with fundamental changes to Huron’s administration and campus buildings well into the 1960s. I have incorporated portions of transcripts that I held with Huron alumni from the 1950s and 1960s in the fourth page. These are also held in the V.P. Memorial Archives.

Whether you are a Huron student or not, I encourage you to use this website as a diving board. Many others before me have taken interest in this period in Huron’s history, and I know many will after me. It is remarkable how Huron College—like many other universities, I expect—is in some ways exactly the same now as it was 70 years ago, while in other ways it is completely changed. Be curious about your school.