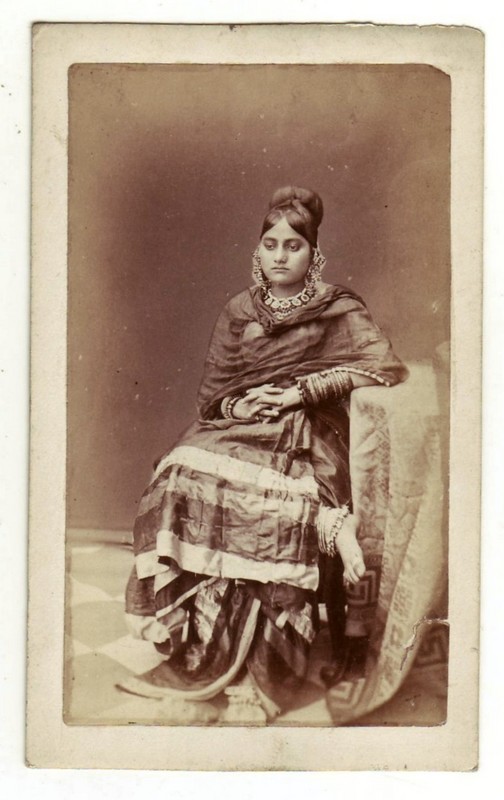 “This thesis explores the interaction between Hindustani and Bengali musicians and their patrons over the eighteenth and nineteenth centuries, and the convergence of Braj, Persianate, and Bengali musical cultures in Bengal after 1856. I stress how their intersection in Calcutta directed the course of Hindustani music from late Mughal to late colonial forms, and cultivated a sense of custodianship among elite Bengalis over the heritage of Hindustan.

This thesis aims 1) to challenge the established narrative of total transformation from courtly musical patronage to a “modern” overtly “public” colonial sphere in the nineteenth century; 2) to draw attention to the importance of innovations in musical performance and epistemology in this period; 3) to engage a multilingual vernacular archive as evidence of the role of non-Bengali culture and connoisseurs in the formation of a Bengali cultural identity; and 4) to critique the historiography of “Muslim decadence” in late Mughal culture, and to qualify the marginalisation of Muslims in late nineteenth-century Hindu vernacular public spheres.

Chapter One introduces the main themes of the thesis and its historiographical context. Chapter Two reconstructs the geography of musical circulation between Hindustan and eastern India over the eighteenth century as a background for subsequent developments. Chapter Three re-evaluates late Mughal and Nawabi aesthetics in relation to musical patronage, with a focus on Wajid c Ali Shah (1822-1887), the last Nawab of Lucknow. Chapter Four reconstructs the Nawab’s court-in-exile in Calcutta (1856-1887) as a forum for innovation and interregional exchange. Chapter Five underlines the role of elite women in musical patronage, with a focus on the Queen of Lucknow, Khas Mahal, and her relationship to the gramophone recording artist Pyare Saheb. Chapter Six details how musicians from the Nawabi court found patrons in Bengal, and were instrumental to the cultivation of Calcutta’s music scene. Chapter Seven provides the first comprehensive critical reading of nineteenth-century Bangla writings on music (treatises and song collections). I conclude this thesis with a summary of how late Mughal musical knowledge and practices (in Hindustani, Persianate, and Bengali arenas) developed under colonialism, and complicate our sense of the formation of Indian “classical” music.”

Memories of Lucknow’s pre-rebellion cultural heritage are nowadays often recalled through its tawa’if bazi or ‘courtesan culture’. This heritage has been carried into the present through a bevy of films, stories, anecdotes, social customs, linguistic idioms, images, and music and dance repertoires. A number of studies have also brought to life the culturally-complex and socially-hierarchical world of these courtesans and their significant contributions to the cultural heritage of North India. Generally the importance of the contribution made by women performers to the development of Hindustani music has been gaining interest, and long overdue recognition. Nevertheless, articulation of this recognition has been hampered by the marginal position assigned to the tawa’if in mainstream history….

This paper explores three aspects of Lucknow’s tawa’if bazi that are generally not a part of either musical or historical discussions. One of these concerns the disenfranchisement of the regional military labour market in, and around, Awadh in the late eighteenth century and how this might be connected to a subsequent, and significant, increase in tawa’if activity in Lucknow. Another deals with the nature of the social connections between the tawa’if and her musical accompanists. A further point involves the role of tawa’if as active agents in the promotion and spread of the Shi’a ideology promulgated by Awadh’s political administration. My aim in raising these considerations is to further understanding of the nuances of Lucknow’s tawa’if bazi—how it came about and the influence it had on the development of contemporary Hindustani music and dance.