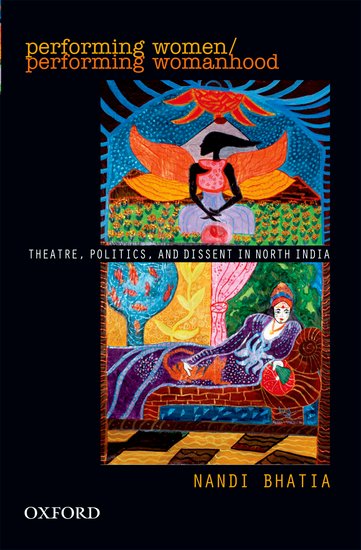 This book was longlisted for the 2011 Vodafone Crossword Book Award.

Official Summary: This book brings visibility to the work of women who performed on the borderlines of dominant theatrical activity and engaged in dramatic enactments that contested middle-class codes of female propriety, which became normalized in the national popular consciousness. It recovers, excavates, and remembers the contribution of the neglected as well as known figures in theatre history from north India, in languages which include Hindi, Urdu, and Punjabi, and cements their place in the canon of Indian theatre. It examines the diverse modes of dramatic representation and performance — myth, folklore, ritual, and history, including everyday conversation — used by women to intervene in and challenge the agenda of social movements, which conceptualized women’s emancipation but imagined their role as being primarily at the core of family life. The author argues that women’s presence on stage and their involvement in theatre — as actors, playwrights, directors, organizers, and characters — made important contributions to the debates on gender and nationalism at particular moments of colonial and postcolonial history.