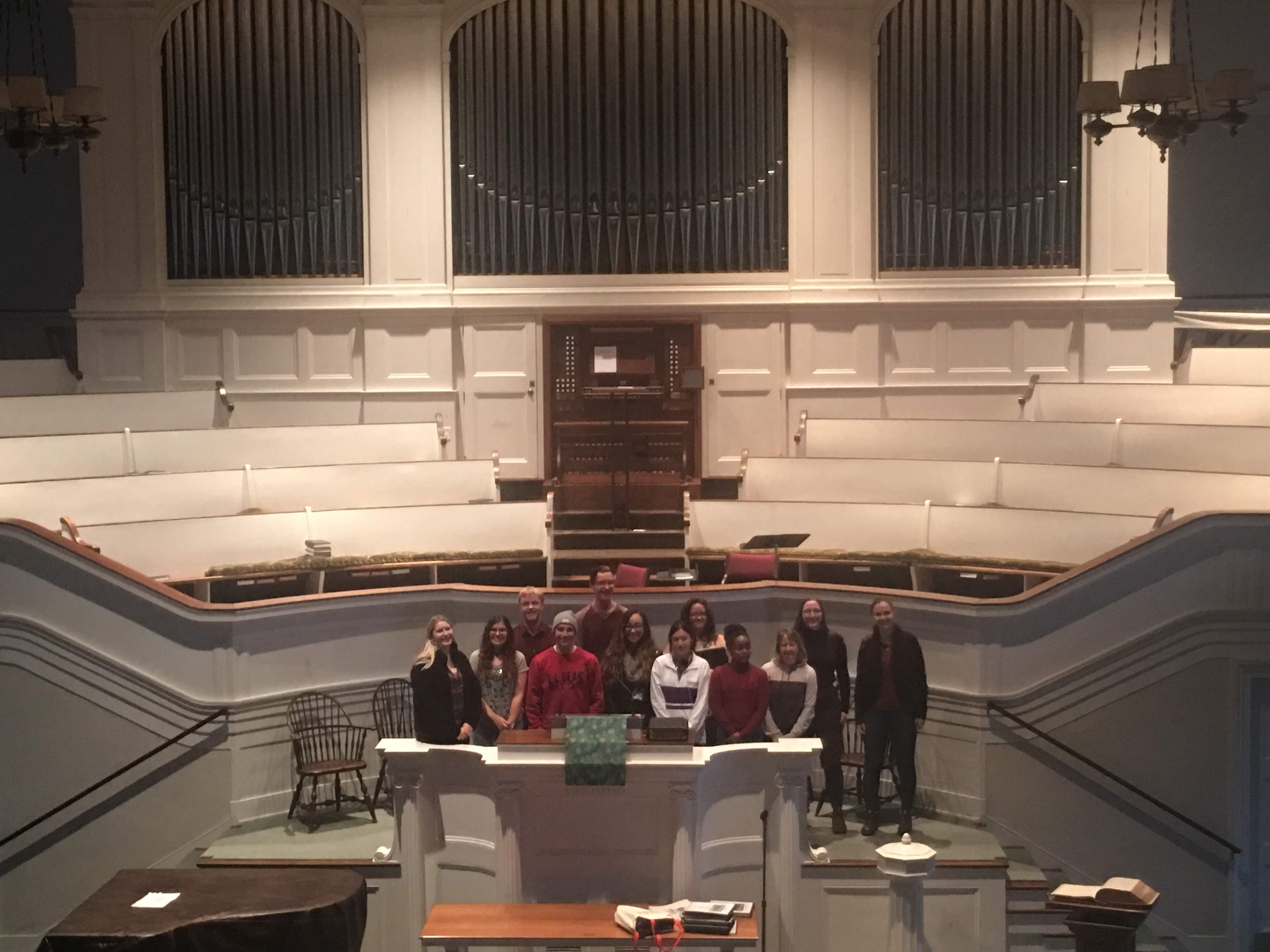 This website was created as a platform to present the research executed by students from Huron University College.

On November 1-2, 2018, the Early North American History class toured the campus of Oberlin College and learned about the enriched history regarding the antislavery community that was situated in this area throughout the 19th century. Oberlin is home to many well-known and recognized abolitionists, and the College has played an important role in hosting abolitionist events and campaigns. This trip to Ohio presented students with an opportunity to observe archives dating back to the 19th century, and to analyze documents relating to anti-slavery and the steps to achieve abolition in both the United States and Canada.

The objective of a community-based research project is to provide students with a chance to engage in material from a personal perspective, and explore the challenges that are associated with the study of primary research. In the case of Almira Porter Barnes, students learned how to transcribe notes from the primary sources such as letters that were written by Almira Barnes herself. (To see the letters and the transcriptions, click here). Many of the students learned the challenges and time-consuming efforts that historians face when engaging in their own studies, and the lengthy process of researching and collecting the proper data.

Students in the class were responsible for investigating other individuals mentioned in the letters written by Barnes, in which students learned the interconnectedness and the extent of the relations that many anti-slavery activists had. Through Barnes’ letters, students were able to learn more about individuals who rebelled against a large population that supported slavery. The process of writing annotations taught students about the impact that Barnes had on her family after researching her nephew, Henry Peck, who is addressed in her letters. Peck attended Oberlin College and played a major role in the local community much like his Aunt, as he was a key figure in executing missions to protect fugitive slaves.  Other annotations revealed how Barnes may have been inspired to pursue a life in support of anti-slavery: Charles G. Finney, a well-known religious activist and abolitionist, was a professor at Oberlin College who Barnes had admired and sat in during his lectures. Students researched additional places including the convention that Barnes references several times, and learned of the restrictions that the people of Oberlin faced when they attempted to participate in anti-slavery meetings.  (To view all of the annotations from the letters, click here). Even with the lack of transportation we know today, students discovered the distance that people such as Barnes traveled to spread her message and influence. Although there are no remaining photos of Almira Barnes, this site has created a depiction of Barnes which reaches far beyond her physical attributes and hopes to capture her influential abilities in its entirety.

The goal of this project was to develop and add to the historical record of American and Canadian anti-slavery history, and draw attention to the women who played a crucial role in anti-slavery. Even as an undergraduate class, students proved their capabilities of establishing new research that is now available to a wider audience to explore. Throughout the semester, the class has discussed the lack of research regarding the impacts that women had in political spheres, which is another reason why the class selectively chose Almira Barnes as the focus for this project. The theme of the Great Lakes Borderlands is present in every aspect of the course, which makes the connections between Almira Barnes, anti-slavery movements, and Ohio relevant to the connectedness of Canada and the United States beyond the Great Lakes. Ultimately, the themes of anti-slavery, feminist influence and the origins of the American Civil War are prevalent throughout the project and hope to inspire others to engage in community-based research projects.